The bipartisan bill introduced in 2020 to designate the razor clam as the state clam, HB 1061, passed the House but not the Senate. The short session and COVID-19 emergency doomed the effort.  Rep. Jim Walsh (R), a sponsor of the bill, was re-elected – congrats! – but other sponsors were not. The 2021 legislative session will likely require a new bill, though the bill language should be more or less identical.

The Pacific razor clam well deserves the recognition and honor of state clam. Please join the effort by signing the petition on this website and being in touch. Here is a link to info about the previous bill and the bill itself.

The razor clam has long been important in Washington State as a source of food, income and recreational adventure. Digging for razor clams is a fun, nature-oriented activity that attracts men, women and children of all ages. In recent years there have been about 400,000 recreational digger trips annually. A lot of folks!

Pacific razor clams are endemic to the Pacific Northwest and especially abundant on Washington’s coastal beaches. They have been part of the culture of coastal Native American tribes from time immemorial.

Washington has a variety of state symbols, such as a state bird, state song, state flower and state amphibian. We also have a state oyster, the native Olympia. One other state in the union has a clam species as a state symbol, Rhode Island with the quahaug, which is designated as the state shell.

In recognition of the razor clams’ significance to Washington’s history, identity and economy, and to further steward and educate, this initiative proposes to recognize the Pacific razor clam, Siliqua patula, as the state clam. See story in the Aberdeen Daily World.

We welcome feedback on our efforts to make the Razor clam the state clam. 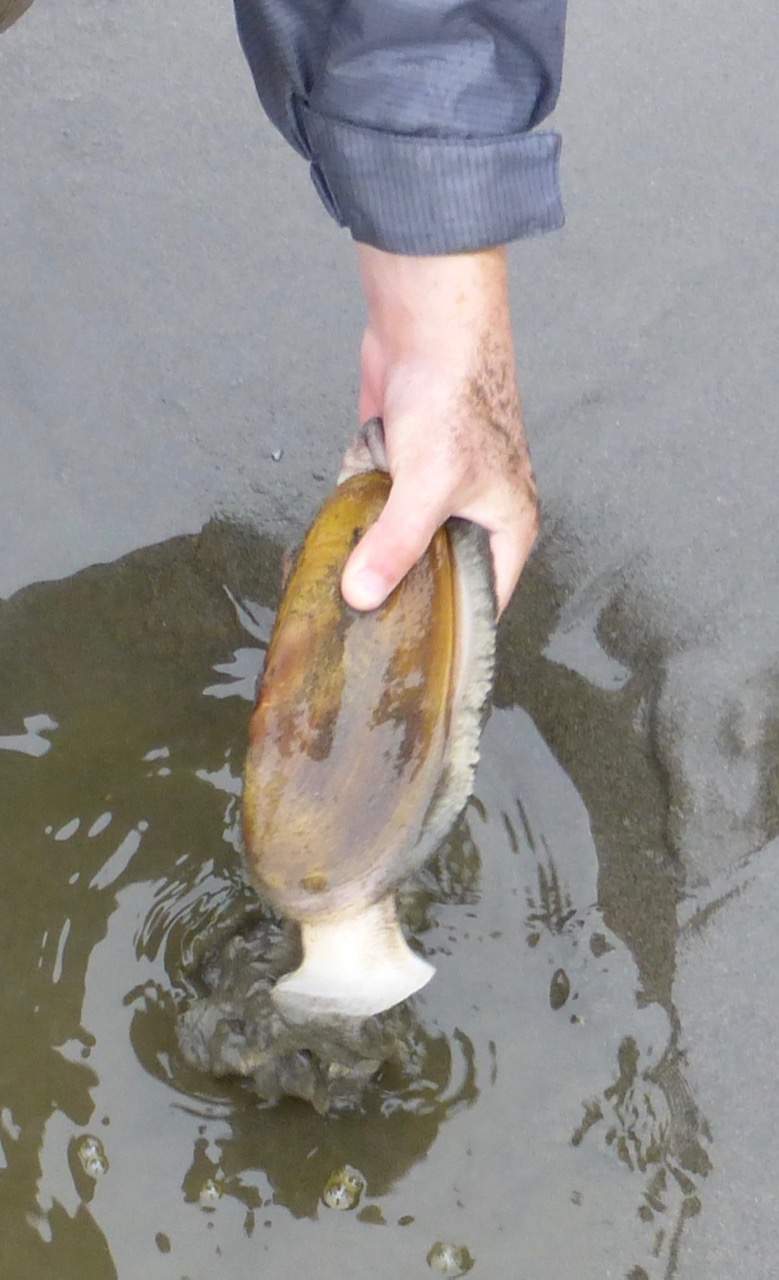