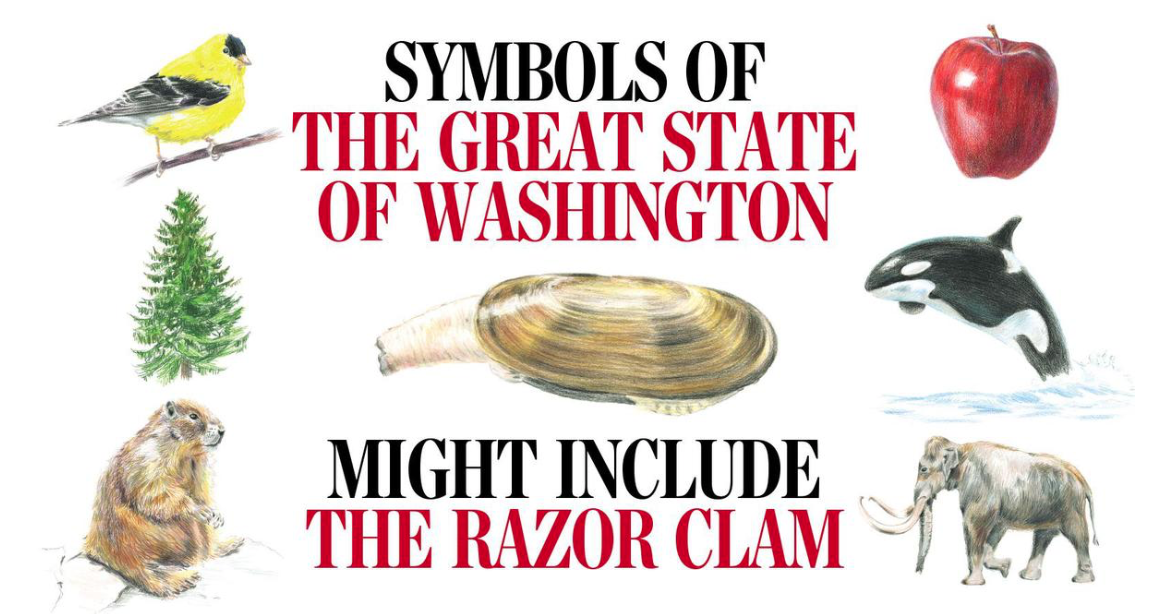 Symbols of Washington, from The Spokesman-Review

The Spokesman-Review newspaper of Spokane published a story in 2019 about the effort to make the razor clam the state clam.

<<“Razor clams are very important to our district,” said Sen. Dean Takko, D-Longview. They’re part of the draw that brings between 30,000 and 40,000 people each year to the Long Beach peninsula alone.

Jim Franzel, a retired U.S. Fish and Wildlife biologist who said he has dug clams since 1958, all up and down the Northwest coast, said they draw 400,000 “digger trips” to Washington beaches a year.

There’s one other element that could weigh heavily in favor of naming this state clam if the bill makes it to the Senate floor in the coming days. Lawmakers will be struggling with some contentious budget issues, and may need a chance to insert a bit of levity.

Along with the economic factors, “it’s sure to be a great source of puns.” >>